A pictorial history of highway 99: the scenic route 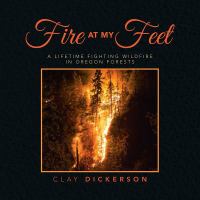 Fire at my Feet 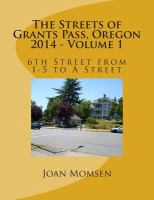 The streets of Grants Pass, Oregon 2014

The land on which we operate the four library branches in southern Oregon is the traditional home of the Takelma (“Those Along the River”), the Athabaskan-speaking Dakubetede (“Beautiful Place”), the Shasta, and the Taltushtuntude peoples. The discovery of gold in our area in the 1850s and the opening of the Oregon Trail led to clashes between colonizers and the native peoples who had been inhabiting the area for thousands of years. These clashes culminated in the Rogue River Indian Wars. Following an 1853 “Treaty of Peace,” the Tribes were confederated together and moved to the Table Rock Reservation in modern-day Medford. Counter to this previous agreement, in 1856 the Tribes were again displaced to the Siletz and Grand Ronde Reservations. Today, the historic Rogue Valley Tribes are represented by the Confederated Tribes of Siletz Indians, with some descendants also residing among the Confederated Tribes of Grand Ronde.

We encourage community members to take the opportunity to acknowledge the original caretakers of this land. Here are some resources to learn more about Native American tribes and how to develop your own land acknowledgment.

The history of racism in Southern Oregon

Join NBC5 for a three-part mini series covering the history of racism in southern Oregon.

Look back at Oregon’s history with race and uncover some difficult realities.

NBC5 breaks down the last 100 years of Oregon's history.

Learn how minorities feel they’re treated in the Rogue Valley.

Southern Oregon is full of well-preserved history. Check out a few of the local historic sites in Jackson and Josephine Counties.

At its peak, the 19th century mining town of Golden, now a ghost town, was home to 100 people and served as a hub for many others who worked the land in more remote locations.

Historic Jacksonville preserves the history of structures in Jacksonville by bringing them to life through educational programming, events, and activities.

Delve into the history of Josephine County’s only national monument, including the cave’s discovery, exploration, and stewardship.

Experience stories and artifacts from Josephine County’s past.

Explore the stories and artifacts of our common heritage.

Dive-in to a specific subject

Eugenics in Oregon
Oregon was one of 33 states to enact eugenics law in America. Learn more through the State Library of Oregon.

The Takelma Tribe Today
The Takelma are a Native American people who originally lived in the Rogue Valley until they were forced to relocate in the mid-1850s.

Chinese Americans in Oregon
Explore everything from the Oregon Trail and Native Americans, to the arts and archeology of Oregon. Learn about the Cantonese-Chinese during the Pioneer Period in the 1850s.

NDNHistory Research
Browse a collection of essays on the history and anthropology of Oregon's indigenous tribes.

Visit these museums to celebrate the history of Native American tribes in Oregon. The Museum at Warm Springs

Experience the sounds, craftsmanship, and sights of the rich cultures that make up the Confederated Tribes of The Warm Springs Reservation of Oregon. Immerse yourself in the history, culture and hospitality of the people who have lived on this land for more than 10,000 years. A field guide to the historic cemeteries of Josephine county Oregon Illahe : the story of settlement in the Rogue River canyon The story of Eugene